The nomination period for this award is now closed.

Award recipients will be notified in December. 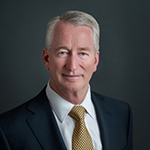 This award is named in honor of John E. Gall Jr., who pioneered the implementation of healthcare information systems at El Camino Hospital in the 1960s.

The John E. Gall Jr. CIO of the Year Award recognizes a CIO who demonstrates significant leadership in healthcare. The award is given for a lifetime of success and achievement as a CIO in the healthcare IT industry. The recipient is selected jointly by the Board of Directors of the College of Healthcare Information Management Executives (CHIME) and the Healthcare Information Management Systems Society (HIMSS).

The recipient must be a CHIME and HIMSS member with a minimum of five years of membership (cannot be a current CHIME or HIMSS Board Member or award judge).

Previous award recipients who have won this award in the past five years are exempt from consideration. Senior leadership from either CHIME or HIMSS may not nominate a candidate for the award. Any person meeting the eligibility and required criteria may be nominated. Candidates may also nominate themselves for the award. Only completed applications submitted by the published deadline will be considered. Please refrain from submitting a nomination for someone who fits this criteria.

To be considered for the award, nominees must demonstrate the following:

To be considered for this award, applicants must submit: