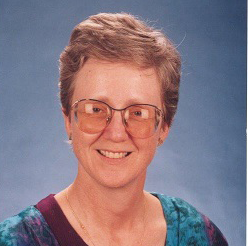 I first became acquainted with computers in healthcare while working as a trauma nurse at the Maryland Institute for Emergency Medical Services System (MIEMSS) - the first shock-trauma unit in the United States. I graduated from Church Home and Hospital’s diploma program in 1969, went to Vietnam for a year as an Army nurse, and returned to civilian life in 1972. On leaving the Army Nurse Corps, I began trauma nursing at MIEMSS and stayed there until January 1978, earning my BSN during that period. I returned to MIEMSS for a second time in September 1979, while beginning work on my Master of Science degree in nursing at the University of Maryland.

While I was gone, MIEMSS had installed dumb terminals (VT 52s) at each bedside in the 12-bed critical care recovery unit (CCRU). These terminals allowed access to a patient data management system (PDMS) for capturing data at the atomic level and returning that data to clinicians for decision support. The computers were dual PDP 11 minicomputers, from the Digital Equipment Company (DEC), connected together to provide near-simultaneous duplicate databases and 24/7 availability to patient data. VAX minicomputers from DEC replaced these PDP minicomputers sometime later, and VT100 dumb terminals replaced the older terminals.

Working the night shift while attending graduate school and playing around with the installed software on these terminals, I saw the potential benefits for nurses of collecting and managing patient data. I wanted to see more nursing-related data in the PDMS. Through asking about this possibility and showing an interest, I became the computer nurse, working with a small team. The vision we had was supporting clinical practice through data capture, providing the data to the clinicians in multiple formats, and helping clinicians transform data into information.

I began my doctoral studies in the PhD program at the School of Nursing, University Of Maryland. The program did not have a specific informatics track at the doctoral level. Each student chose to an indirect-care or direct-care focus and developed his or her own specialty knowledge through course work and independent study. I published articles on databases, clinical information systems, and nursing implications of these systems. I made local and national presentations.

In 1987, I left QMI to work with another information system vendor. I finished my doctoral studies in 1989. Alas, the vendor went out of business.

I joined the American Nurses Association (ANA) as the senior policy fellow for research and databases. My primary focus was supporting the work of the Steering Committee on Databases to Support Clinical Nursing Practice. This committee of ANA members - prominent in all areas of nursing informatics - worked on identifying data sets, nomenclatures, and taxonomies that supported clinical nursing practice. Within this scope of work, I covered the National Library of Medicine’s Unified Medical Language System (UMLS), The Omaha System, North American Nursing Diagnosis Association, Nursing Interventions Classification, Nursing Outcomes Classification, Home Health Care Classification, and SNOMED – among others. I worked with the initial volunteer group promoting the computer-based patient record – the Computer-based Patient Record Institute (CPRI) – to enact the findings of the Institute of Medicine’s report on such records and enabled ANA to be an initial voting member of the CPRI. Outcomes of this work included an evaluation program for the National Database of Nursing Quality Indicators (NDNQI), creation of the Nursing Information and Data Set Evaluation Center (NIDSEC), and inclusion of standardized nursing nomenclatures in the National Library of Medicine’s UMLS.

In the area of technical informatics standards, I represented ANA (and, it turns out, all of nursing) in many volunteer standards development organizations (SDOs) and organizations that approved such standards. These included Health Level 7, where I co-chaired the patient care special interest group, ASTM’s Committee E31, American National Standards Institute (ANSI) and the Health Information Standards Planning Panel (HISPP). I participated in federal government groups as an informal advisor, working on telehealth standards and informatics technical standards. One of these groups was the federal Joint Working Group on Telehealth. For most of my time at ANA, I usually was the only RN at these meetings.

During my tenure at ANA, I wrote the document that led to ANA establishing nursing informatics as a nursing specialty (1992). I chose the task force members to work on the scope of practice for nursing informatics, coordinated the work, and edited and directed the publishing of the Scope of Practice for Nursing Informatics (1994). Another task force followed, leading to the book, Nursing Informatics Standards of Practice, published in 1995.  The members of both task forces worked very hard, giving up weekends to work collaboratively on very new territory for all of us. The American Nurses Credentialing Center used these publications, as well as many others, to develop the first nursing informatics certification examination.

I believe that some of my most important work took place in the national informatics technical standards area. Here, in many committees and task forces, I was the only registered nurse for many years. My responsibility, as I saw it, was to make sure that all documents that addressed informatics in healthcare had to use inclusionary language. For example, ‘physicians’, as a term, would not be separately named, as in ‘physicians and healthcare professionals’. I pushed for and achieved adoption of terms, such as healthcare informatics, that were more general in nature. Reminding standards developers that the acute-care hospital was not the only place to use informatics was another goal – one I was not as successful in achieving. Overall, I believe I changed how non-healthcare informatics professionals viewed healthcare and nursing practice. Likening my endeavors to the action of ‘water on stone’, I just kept pushing, politely and firmly, backed up by my knowledge, experience, and the literature. I am proud of this achievement. It was hard work, but I met many wonderful people who supported me and who listened to me.

Chamberlain College of Nursing recruited me in 2010 as a full-time assistant professor in the MSN program. I was hired to design and develop the curriculum for a nursing informatics specialty track. As additional NI faculty came on board, I created a NI community of practice, which has developed a robust research program.

Throughout my career, I have been guided by and passionate about my belief that nursing informatics is key to improving the collection of data and its transformation to data, wisdom, and knowledge to improve nurses’ decision making and, subsequently, improve patient care.