When I first became involved with electronic health systems 12 years ago, the physicians who were pulled off paper fairly uniformly would have gone back to paper if they had been given the choice. We have made tremendous advances since 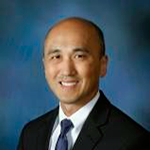 then and most physicians now recognize the utility of electronic health records (EHR).

However, despite the recognized advantages that digital innovations bring to healthcare, we are still challenged by the reality that we have increased burdens on providers. Clinical users often complain that finding the information they need is difficult because of the complexity and volume of data. The user interfaces are too often just plain ugly. The workflows often look like they were designed by the ghost of Fortran past. Our dependence on discrete data has often relegated clinicians to becoming highly paid data entry clerks.

Despite this, in my personal experience, implementing our system’s EHR has been successful, albeit also expensive and painful. At this point, based on my informal polling, the vast majority of my colleagues would absolutely not go back to paper. Echoing findings from the KLAS Arch Initiative, our organization benefited from significant provider input and involvement in design, implementation and administration of our systems. In particular, having physicians with technical skills as analysts and builders was also helpful, as those skills help rapidly close the gaps between IT, business operations and providers.

A recent example of both the promise and pain of health IT was our internal initiative focused on sepsis. Starting out, it seemed simple. The health information system housed a set of data that would prompt physicians to initiate protocols once a handful of data points show in the record. We soon realized that it wasn’t so simple.

The key was to figure out what exactly were those exceptions. Was the heart rate elevated because of sepsis or alcohol withdrawal? Was the creatinine acutely elevated because of end organ damage or because the patient has chronic renal failure? Our organization identified many of these exceptions resulting in logic that is much more complex than the original “simple” surviving sepsis criteria. This did result in improved sepsis outcomes. However, this process was extremely laborious and not scalable to the many clinical problems that we are tasked with solving.

Until now, our EHRs have been very black and white tools. Unfortunately, the subtleties of complex medical care need to be portrayed in very living color and gray scale. Enter big data, machine learning and artificial intelligence. These tools hold the promise of industrializing the laborious processes that take black and white systems and turn them into vivid pictures.

Humans are very fallible animals. Our brains are highly adapted to intuition and creativity. Unfortunately, they start failing when bombarded with dozens, hundreds, even thousands of bits of data thrown at it rapid fire. This is where these maturing machine technologies come into play. They will notice subtle patterns that our tired, puny human brains can miss. Only now are they getting to the point where they are readily accessible to the masses … or at least average community hospitals like mine.

In 2018, we are finally getting to the point where technology can help physicians focus less on data entry and finding data. Our systems can take the data we have laboriously created so we can focus more on patients. This will allow us to put the emphasis back on communication, the “art” of medicine and being the human medical professional our patients need.

We practicing physicians have spent a decade (or more) working for the electronic systems to which we were bound. Now that work will provide dividends and we can have these systems work for us.

The HITECH Act dragged us into the 20th century, sometimes kicking and screaming. The foundation that it established is about to launch us into the 21st century and beyond. It has been a long journey, but I’m excited to see what’s yet to come in the health information and technology sectors.

I look forward to sharing more insights with you on these topics at HIMSS18!

Check out the HIMSS18 CMIO Roundtable and the CMIO Reception for networking, educational opportunities and more.