With policymakers focused on creating a more interoperable health system, the community was eagerly awaiting the release of the draft Trusted Exchange Framework and Common Agreement (TEFCA) from the 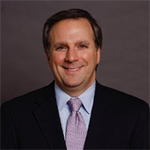 Office of the National Coordinator for Health IT (ONC).

As this is a draft document, stakeholders have until February 20 to submit comments on TEFCA. You can email comments to exchangeframework@hhs.gov. As the community thinks about potential feedback, here are my initial thoughts on the proposal.

A Necessary Step on the Road to Nationwide Interoperability

There is much work to do in the 21st Century Cures Act related to defining interoperability and information blocking, but the first step that needs to occur is addressing the complex yet core tenet of interoperability – building and maintaining trust among the participants seeking to share information. With TEFCA, ONC is providing an infrastructure to move forward and ensure that more stakeholders can fully participate in data exchange.

ONC sought to build on the current system and proposes a single on-ramp to the interoperability approaches in place rather than creating a new system with a single HIN that would attempt to address the needs of all stakeholders and comprehensively address all use cases. They recognized the market disruption that promoting a single network would bring, but believe that establishing a single on-ramp to electronic health information sharing that works regardless of one’s chosen network is feasible and achievable.

TEFCA capitalizes on the significant progress that the community has made over the last several years to share patient health information and provides the guard rails that qualified HINs should follow to engender trust amongst the community to expand information sharing even further.

Most importantly, TEFCA builds on the guidance from ONC in the Connected Health and Care for the Nation: A Shared Nationwide Interoperability Roadmap, Final Version 1.0 and furthers the vision and themes included therein. Although the roadmap was produced under National Coordinator Karen DeSalvo during the Obama Administration, its goals span administrations and any progress that results from TEFCA guidance would not be possible without ONC’s previous work on the roadmap – and creating community buy-in for that vision.

TEFCA is Voluntary Guidance for the Community, so Robust Regulatory Policy Levers are Needed to Establish Stakeholder Requirements

TEFCA provides the community with guidance on the policies, procedures and technical standards that participants could use to be more interoperable. However, the process that TEFCA outlines hinges on an ONC-selected, private sector Recognized Coordinating Entity (RCE) that would operationalize TEFCA and create a single Common Agreement. Qualified HINs would voluntarily agree to abide by the single Common Agreement in order to participate in the information sharing among the networks.

The RCE will have oversight, enforcement and governance responsibilities for each of the qualified HINs who voluntarily adopt the final TEFCA. Most likely, market forces will compel HINs to want to become qualified HINs and abide by the principles and procedures outlined in TEFCA. However, it’s unclear what enforcement mechanisms exist to keep HINs aligned with the TEFCA guidance.

Fortunately, ONC is also currently working to draft a proposed regulation on the 21st Century Cures Act Information Blocking provisions, that when married to TEFCA, should provide the substance needed to promote greater data exchange – along with a firm enforcement mechanism to ensure compliance. 21st Century Cures included civil monetary penalties up to $1 million per violation for networks, developers, or exchanges that block information.

It is likely that ONC will use the information blocking rule to point to their work on TEFCA when discussing definitional requirements related to what is not information blocking. For instance, ONC could propose something along the lines that if a healthcare community stakeholder was fully participating in and partnering with a qualified HIN, such an entity could not be considered an information blocker.

ONC has stated that the information blocking rule will also cover:

• Voluntary certification of health IT for use by pediatric health providers

The work occurring now on TEFCA is providing the foundation for the further required action in the upcoming proposed rule.

Framework is Fully Aligned With HIPAA

TEFCA is intended to be broad enough that under both scenarios, Covered and Non-Covered Entities are enabled to appropriately and securely access health information, as the terms and conditions to enable this broader exchange are specified. In addition, ONC acknowledges that this is not a new reality for most HINs, as most have participation agreements that utilize broader terms to enable both Covered and Non-Covered Entities to utilize their networks.

The guidance put forth by the ONC is intended to create a single on-ramp to nationwide interoperability and significantly minimizes the need for multiple point-to-point interfaces with partners.

For example, ONC acknowledges that TEFCA will necessitate modifications to existing participation agreements and trust frameworks to support provisions such as the additional permitted disclosures of health information by the qualified HINs. When qualified HINs have varying, allowable permitted purposes in their own participation agreements, exchange between those qualified HINs is limited and may not occur – and could prevent end-users from having a single on-ramp to interoperability.

I would characterize participation agreement revisions in the short-term pain for long-term gain category, but if the market moves in the direction that ONC is intending and only a small number of qualified HINs (~10) come into existence, there will be a lot of work that has to occur to update these agreements across the entire community. The goal of a single on-ramp to exchange is a noble one, but can only be actualized at the conclusion of a complex path.

Moreover, the question around who pays for TEFCA implementation and execution and how much they pay also needs to be taken into consideration. In discussing costs, ONC provides somewhat general definitions around “Attributable Costs” and “Attributable Services.” For example: ONC defines “Reasonable Allowable Cost” as the costs of a qualified HIN that:

• were actually incurred and/or were reasonably incurred;

• and are based on objective and verifiable criteria that are uniformly applied for all substantially similar or similarly situated classes of persons and requests.

ONC’s approach is to let the market sort out how much providers, vendors, payers and other end users will have to pay to participate. My concern is that the expanded responsibilities of qualified HINs will lead to multiplied required costs and that those costs have to be passed down to providers and ultimately to patients.

Overall, TEFCA sets out a clear vision for how ONC is seeking to achieve nationwide interoperability. There are some tweaks and clarifications to TEFCA that are required for the community to move forward. The upcoming proposed rule from ONC with information on what does not constitute information blocking will help refine what’s really required of all health system participants in terms of exchanging health data.

HIMSS will continue to review TEFCA as we prepare our public comment letter. If you have thoughts or further ideas for consideration, please feel free to reach out to me at jcoughlin@himss.org.