Connected Health Is About Connecting People 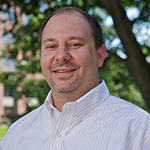 For a couple of years between getting my driver’s license and leaving for college, I had a two-and-a-half-day job every May: I helped a family friend who owned a flower shop make Mother’s Day flower deliveries during the holiday weekend.

Behind the wheel of my white rental van, radio blaring 80s hair metal with my books of paper maps, I made the rounds after school on Friday and all weekend delivering bouquets and plants.

It was fantastic freedom. And it was the most depressing job I’ve ever had.

What I quickly figured out was that children don’t generally have flowers delivered to mom if they plan on stopping by the house later. My deliveries were almost exclusively to people in social isolation. I’m convinced that for some I was the only human they had spoken to for days if not longer.

What I saw, far more often than a 17 year old should have, were many old women dying of loneliness.

People Can’t Do It Alone

It’s not only being away from people that can diminish health outcomes, but even the subjective feeling of being cut off from meaningful social contact can have a similar impact. Changing family dynamics around the globe have separated more aging parents from their adult children. Smaller families make sharing caregiving duties more difficult. Technology replacing traditional social networks is affecting people’s health in what has become known as the Roseto effect, named for the neighborhood in Pennsylvania where researchers first noticed declining health outcomes linked to changing social structures and reduced interpersonal contact.

We know that chronic illness is a contributing factor to social isolation, so the idea that people have a role to play alongside machines and technology only makes sense. Too often when we think of connected health, we immediately become gripped by Shiny Object Syndrome: that feeling that the next project or the next device, will be the thing that solves a particular problem.

Some argue it is our love of technology and lack of prioritizing the human role that led to the crisis we’ve created with electronic health records. As connected health begins to scale to help confront the demographically driven problems facing healthcare, we cannot afford to repeat this mistake. We must remember that connected health is about connecting people for more meaningful interactions, not just connecting people to things.

The memories of delivering flowers to lonely people came flooding back to me the other day when I heard about how someone from Denmark described that nation’s embrace of connected health technology: “Cool technology to extend warm hands.” Nordic countries have generally led the way in the use of connected health. Part of their philosophy has been to integrate social care with medical care, including free long-term home care where appropriate. We should all learn from their philosophy.

Together, We Can Help Address Social Isolation with Digital Health

Two more people recently hammered this point home for me. The first was Hala Durrah writing in the March edition of Health Affairs about the emerging terminology of healthcare consumerism. In “My Child is Sick, Don’t Call Her a ‘Consumer’” Durrah reminds us of the human element in the patient-provider relationship:

We build trust with our providers. We build a relationship with them through communication, compassion, and empathy … When Ayah’s liver doctor learned that Ayah had cancer, the doctor quietly asked me if she could join us during our meeting with the oncologists. I immediately said yes. During the meeting she did not utter a word. Instead, she just held my hand and squeezed it every time the oncologists discussed a distressing piece of news … She would never think of Ayah as a consumer, as a transactional relationship … Will physicians or nurses change the way they practice as a result of being told we are now consumers? I am sure they would agree that we mean much more to one another.

Then, the other day, Erynn Brook reminded us all that caring for people is not just something that doctors and nurses do when she met a girl on a train. If you have an idea about something that you think will help people, read Erynn’s story. Even if you don’t, you need to click that link and read Erynn’s story. I can’t improve on her words, and I won’t try. Instead, I’ll leave you with her most important admonition: “We built a world for convenience, not community. Build something better, folks. Build a better world.”

The world of health information and technology is evolving and so is HIMSS. Find out what's next for health and be part of the transformation.