How a Lean-In Environment Can Encourage Innovation and Improve Healthcare 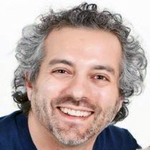 Lisa Stump clearly remembers the moment in 2008 when she said goodbye to an old dream and hello to a new one.

Stump, a 2017 recipient of HIMSS’s Most Influential Women in HIT Award, found herself sitting across from her boss at Yale-New Haven Hospital. This was not unusual. In her role as Yale-New Haven’s director of Pharmacy Services, the two of them had many discussions on the impact new technologies where having on the work of the pharmacy, an impact that Stump could track throughout her career as a pharmacist.

When she first started in 1990s, computerized order entry was just beginning to move the work of pharmacists from paper to computers. Soon automated drug dispensing machines followed, then, a few years later, robotic drug storage and barcode-enabled medication administration.

With each new technology, Stump found her passion increasingly focused on the integration of these new tools into her pharmacy’s workflow. She continued to propose technological opportunities to Yale-New Haven, and the organization encouraged her to implement solutions focused on patient safety, such as the use of smart infusion pumps and clinical decision support. Each integration drew her closer to clinical informatics and when she proposed the benefits of a clinical informatics department at the health system, they quickly agreed with her and asked Stump to lead it.

Stump described that moment of realization as her life path diverged towards another. “I remember sitting in [my boss’s] office and he looked at me and said, “Lisa this is great, we are very excited, and very confident in your ability to do this, but you don’t have time to be a director of Pharmacy anymore.” For Stump, “it was one of those startling career moments. Being a pharmacist was everything I had trained for up to that point. But I was still very excited and intrigued and inspired about continuing to advance the use of technology and data in our delivery of care.” 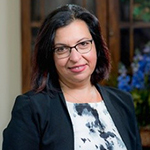 The impact of technology on Stump’s life, and her impact on Yale-New Haven continued to deepen. Two years later, in 2010, Yale-New Haven selected Stump, now a vice president, to lead the health system and school of medicine’s implementation of an electronic health record system for clinical documentation and revenue cycle management.

Today, as the enterprise’s senior vice president and chief information officer, Stump now focuses her considerable talents on the integration of mobile technologies into patients’ and clinicians’ workflows. She describes Yale-New Haven’s goal to “create as much of a single port of entry, or digital front door, for our consumers and patients as possible. Life is complicated enough. Our health is the most precious thing that we have. And the more we can simplify access to our own personal health information, access to general information, and answers to questions that we have – and then the ability to quickly link to a skilled healthcare provider when we need to – is the vision that we hope to create and the way we are using our mobile technology tools today.”

It Comes Down to Just Good Business

As part of its Women in Health IT initiative, HIMSS’ STEPS to Value podcast recently spoke to Stump about her career and her perspective on gender in the health and health IT industries.

For Stump, “It comes down to just good business.” She asked us to consider that “about three quarters of the healthcare workforce is female and in addition to that, women are making 80 percent of all of the healthcare decisions for their families, in the home and for themselves, the impact of healthcare and the influence of women on healthcare are particularly profound. … [With the] convergence of technology and the digitalization in healthcare, coupled with the role women play in planning healthcare decisions, to me, that creates a compelling argument around the need for more women in health IT, and particularly in leadership in healthcare and health IT.“

At Yale-New Haven Health System, which Stump describes as a “lean-in” environment, the organization’s analysis of the impact of diversity in their operations was mirrored by Stump’s own self-reflection on the role factors such as implicit bias or gender disparity plays in how organizations operate.

Stump added that “simply naming the issue, giving it space and attention, talking about it, has been a really important start to what I hope will be meaningful change on this issue. A hard, objective evaluation of self, of the organization and our processes will be the start of that meaningful change.”

Help address the gender gap in health IT and the need for more community, resources and recognition of women in the industry by joining the HIMSS Women in Health IT Community.

Join Us and Become a Changemaker