Learning from Tragedy: Why We Need Effective Health IT

#IHeartHIT, our yearlong storytelling initiative, helps shine a light on the human side of health information and technology and the impact it can have on the health and wellness of every person, everywhere. Read one story below and consider sharing yours. 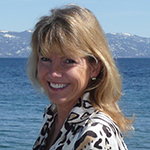 On Sept 21, 2013, we and others were involved in a serious boating accident in which my wife, Jennifer, sustained multiple internal life-threatening injuries, including several broken bones, head and neck trauma, and external lacerations. She was airlifted to a Level 1 Trauma Center and underwent multiple emergency surgeries and remained in a medically induced coma and on life support systems for the next three weeks.

In addition to her recovery from the injuries, Jennifer had to battle hospital-acquired conditions including ventilator-associated pneumonia, a urinary track infection and blood stream infection before she regained consciousness and was able to breathe on her own through a trach airway. After a total four weeks stay in the trauma unit, she was discharged to a long-term acute care (LTAC) facility.

Soon after, additional complications showed up including surgical site infection at the trach and a Peg Port infection in the abdomen. After three nights at the LTAC facility, Jennifer had to be admitted back into a community hospital for the treatment of these newly acquired complications. After two weeks at this hospital, her condition had significantly improved to where she had become mobile, was disconnected from most all tubes and lines, was able to go to the bathroom on her own, and was looking forward to eating soft foods again.

At this time, she was breathing on her own, however, still with assistance through the trach port. Discharge planning had begun and we were told that by Wednesday morning she would be going home and would receive physical rehabilitation assistance. We really thought we had climbed a huge mountain and were now homeward bound. A final requirement in support of the discharge and to starting on soft foods was that Jennifer needed to pass a barium swallow test.

Early Monday morning during this swallow test, it was discovered that Jennifer had a tracheoesophageal fistula (TEF), which is a hole in the tissues between the trach and the esophagus. This is a very serious complication and it requires a complex surgery to repair. This discovery triggered a series of intervening events, or at least we assumed so.

RELATED: Implementing Protocols that Save Lives

First and foremost, as a result of the barium migrating into her lungs, this brought about a high degree of respiratory distress. Over the next 36 hours, Jennifer was bounced and transferred back and forth between multiple units and caregivers. Her respiratory distress was also misdiagnosed as anxiety and thus multiple doses of an anti-anxiety medication were administered, further complicating the situation. As the distress continued to progress, it ultimately landed Jennifer back in the intensive care unit on Tuesday afternoon. There were no rooms available at this time, so they placed her in a recovery area, at which time the decision was also made to place her back on a ventilator.

Sadly, the caregivers at the time were unaware of the recently diagnosed TEF and they simply began ventilation through the existing trach. For the next six hours, they increased the cycle rate and O2 concentration levels until they were at 40 cycles per minute and 100 percent oxygen. No physical assessment was made, no blood gases were taken, and no ETCO2 monitoring occurred. All the while, the air being pumped into Jennifer was not going to her lungs, but instead escaping and collecting into her abdomen via the TEF.

At 12:04 am, her body and organs had become completely oxygen deprived and Jennifer went into full cardiac arrest. A code blue was called and CPR was administered for 14 minutes, finally resulting in a restored heartbeat. Needless to say, her brain had been so severely deprived of oxygen and glucose during this extended period of time that an unrecoverable amount of damage had occurred. The code blue team discovered Jennifer's belly had been extended to four times normal size. They did an emergency pressure relief through her abdomen and then re-intubated her, removing the trach and then using a longer endotracheal tube where they isolated the TEF from the lungs.

For the next three weeks, Jennifer was kept alive on life support while remaining in a totally non-responsive state, during which time, countless tests, scans and neurological consults were conducted, all of which pointed to the same conclusion: massive and non-recoverable brain damage. On November 19, the decision was made to discontinue life support as there was no hope of reversing or recovering from the complexity and tragedy of these multiple medical communication hand-off errors and acquired complications.

We all wonder why these types of patient safety tragedy stories continue to occur year, after year, after year. It's really not hard to understand ... to say that the system is broken is a gross understatement.

Be part of what’s next for health.