HIMSS is honored to continue the legacy of Kate Granger by promoting and recognizing outstanding compassionate care. The original campaign—which included awards and the #hellomynameis social media campaign—was created by the United Kingdom’s National Health Service (NHS) and Dr. Kate Granger in 2013 while Kate was terminally ill, to raise awareness and recognize people and organizations that have delivered care with compassion at its heart. Kate sadly passed away in July 2016, but her legacy continues, with the continued support of Kate’s widower, Chris Pointon. We believe she would be proud of how far her message has traveled. For the next step in this journey, we are delighted to introduce to you Compassion Across Borders

The campaign is now trans-Atlantic and aims to highlight and share examples of initiatives that improve patient care and utilize technology to enhance the patient experience. HIMSS believes that compassionate care has no borders, and that sharing these examples can inspire and encourage others to replicate small initiatives that impact quality of care and patient experience.

As information and technology become increasingly recognized as pivotal tools to improve quality, safety, cost-effectiveness and access to outstanding care, HIMSS is committed to ensuring a high-touch/high-tech relationship between clinicians and patients.

In 2011, while working as a junior doctor in a British hospital, 29-year-old Kate Granger was diagnosed with a rare type of abdominal sarcoma: desmoplastic small-round-cell tumor. The prognosis was terminal, and the course of action was palliative chemotherapy to prolong her life. She was given months, not years, to live.

As Kate embarked on her treatment, for the first time she experienced what it was like to be a patient in a busy hospital. She was shocked by the lack of compassion from the clinicians treating her. In particular, she objected to being talked about as “bed nine” and not by her name. She was astonished that doctors and nurses would start doing complex and intimate medical procedures, such as fitting a line for chemotherapy, without first introducing themselves.

Kate responded by taking action. First, she started a social media campaign with #hellomynameis. Kate opened the conversation about dying; she began talking about how she was planning a good death. She said she would live-tweet her death via #deathbedlive.

Kate surprised everyone and lived for five more years, during which she qualified as a consultant in elderly medicine; became a Member of the Most Excellent Order of the British Empire (MBE); received the 2015 New Year Honours for services to the NHS and improving care; wrote two books about being a patient and living with terminal cancer; and raised more than £250,000 for the Yorkshire Cancer Centre.

As momentum for #hellomynameis grew, Kate launched an annual award recognizing compassionate care in NHS hospitals, primary care, and community and residential settings, with categories for individuals, teams and entire organizations. HIMSS believes this important component of healthcare should be acknowledged year-round, so the annual award was converted into a campaign that shares stories from our members around the globe.

This is Kate’s story. What’s yours?

HIMSS would love to hear your stories about compassionate care and outstanding high-touch/high-tech relationships between clinicians and patients. In order to raise awareness, we will publish some of the most touching stories here and across our media channels. 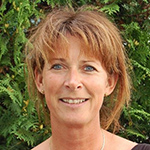 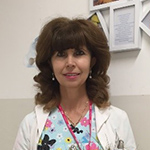 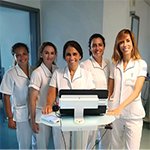 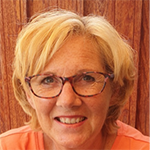 The Best Use of Innovation 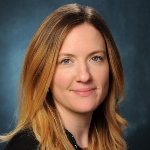 The views and opinions expressed in this content or by commenters are those of the author and do not necessarily reflect the official policy or position of HIMSS or its affiliates.