Two leaders at the intersection of health, technology and underserved communities see potential to create tech solutions for health issues facing Latinx youth from immigrant families across the nation.

Calling on Developers to Help Children of Immigrant Families 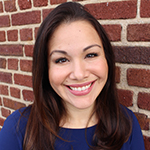 “For the last couple of years, our organization has been exploring the health impacts of immigration enforcement on children. With half of California children having at least one immigrant parent, the issue has so many implications on economic security, and access to healthcare and social services,” shared Mayra Alvarez, president of The Children’s Partnership.

In a Children’s Partnership survey, 90 percent of healthcare providers reported fear and anxiety among immigrant children they serve—and two-thirds reported immigrant families are afraid to do everyday activities like going to the park or school. “Despite California being a progressive state and an incredible beacon for immigrant communities, there’s still a lot of anxiety and trauma affecting these kids. We have more work to do—and technology can make that happen,” said Alvarez.

That’s where developers come in. Developers can design solutions to help improve health equity for Latinx youth and bridge the gap between traditional healthcare leaders and people in underserved communities.

“Developers are always one step ahead, thinking of the next big thing to help a society. There is no population that is more important for our future than our children—and the immigrant population is growing faster than any other. Across the country, they represent a disproportionate number of our kids. Developers have an opportunity to impact a generation to come.”

Alvarez herself grew up as the daughter of Mexican immigrants in southern California and is grateful for community clinics that provided services to her family. She describes herself as “a health policy advocate and optimist at heart” who believes health is related to every aspect of our lives. 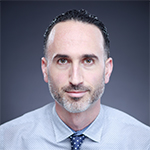 “Developers are modern-day alchemists,” shared Daniel Turner-Lloveras, MD, a California physician, and founder and president of Salud ConTech. “They can create solutions that not only improve health, but the health of a community. They can change our behaviors and the way we live our daily lives. They can use code to turn a block of digits into something that has an impact on someone’s life.”

Dr. Turner-Lloveras sees solutions for the Latinx community as scalable to underserved minorities throughout the country. “It’s a great time to be in healthcare,” he said. “The pieces of the puzzle are coming together, through developer challenges and through collaboration.”

After his residency at Columbia University, Dr. Turner-Lloveras returned to California and worked in low-income Los Angeles communities. Doing direct patient care for the uninsured, Dr. Turner-Lloveras came to realize that the barriers facing underserved communities are resources, an issue that can be overcome either through politics and health policy—or by maximizing resources already available. He has chosen to focus on maximizing technology in order to increase its value—at less cost.

Asked for an example of how he has seen technology break down health barriers in the Latinx community, he tells a story of a virtual visit with a low-income, uninsured woman. It was a phone call that transformed his view of telehealth.

While talking with the patient, Dr. Turner-Lloveras heard loud banging noises and finally asked what it was. “It’s raining,” she said. “And I’m in my car.” Becoming aware of her setting and asking more questions, he learned she needed housing. He also began to appreciate that via the intimacy of her smartphone camera, he had been invited to experience her reality—and that led to solutions even beyond her healthcare. “We are now finding her housing—since it’s easier to afford a phone than housing.”

Dr. Turner-Lloveras sees telehealth as an untapped potential offering flexibility that keeps people from losing time at work, just as rideshare apps are now removing transportation as a barrier to keeping doctor appointments.

“Technologies that are already available can remove barriers and address social determinants of health. But there’s a lot more work to be done.”

We Stand United Against Racial Inequality and Injustice

The issue of racism and the inequities people of color face must not be accepted and cannot continue to be ignored.